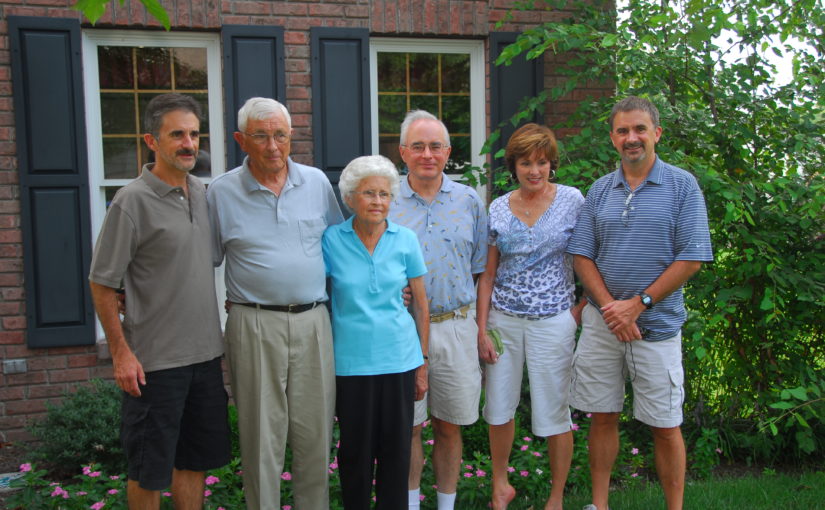 I was born into a wonderful family in West Virginia, and I’m really proud of them. From left in the picture above, my twin brother Mike, dad Paul, mom Margie, brother Steve, sister Starr, and me. This was taken as we celebrated my mom’s 85th birthday in 2010, and she passed away about six weeks later. As any of you who’ve lost your mom know, the world is just a little colder place without your mom in it.

The picture below is of my niece Sarah and mom, and is my favorite photo of both of them.

All our lives, Mike and I believed we were fraternal twins, as that’s what our folks were told when we were born. We’ve answered the question that way the countless times we’ve been asked, but always knew we were a lot of like. We have incredibly similar tastes and preferences, and have ended up with the same cars, bikes, running shoes and even careers over the years, despite living 1400 miles apart for decades. In December of 2018, at Mike’s suggestion, we decided to get tested.

That’s really cool! It’s probably not a big deal to those that aren’t twins, but it’s a stunning development for us, even if it’s not surprising. The photo below is the oldest one I could find of us quickly.